Accept’s Stalingrad debuts at #81 on the Billboard Top 200! 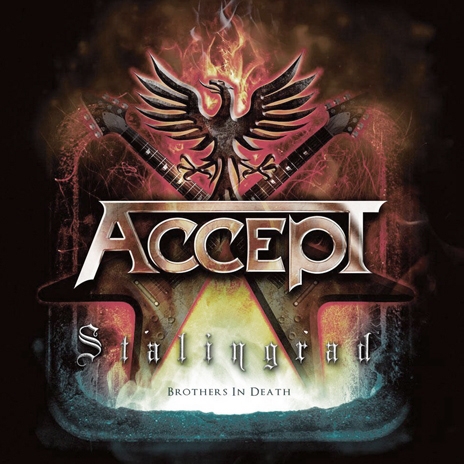 Fueled by their whiplash-inducing comeback in 2010, ACCEPT’s Stalingrad rode the tsunami of their resurgence to land in the Billboard Top 200 for a chart debut at #81!!! Stalingrad is also #13 in the Top Independent Current Albums chart, #76 in the Top Current Albums chart, #7 in the Top Hard Music Albums chart, #7 in the Current Hard Music Albums chart and #29 in the Top Current Rock Albums chart.In Germany, the band repeated their Top 10 appearance by debuting at #6 on the German Media Control chart. In Europe, Stalingrad debuted at #17 in Switzerland, #32 in Austria, #25 in the Czech Republic, and #50 in France!Checking in from Hamburg, Germany on their current European tour, guitarist Wolf Hoffman responds to the Billboard chart news:“What a roller coaster ride! From the minute we started ACCEPT in 2010 with Mark Tornillo until today, we are in awe! The fans worldwide have spoken and they’ve let us know that we matter for them. Never in a lifetime could we have expected the true and deep love we get, wherever we go. To enter the charts – again, with Stalingrad our new release – is a huge gift for us and we are more than grateful and very well aware that we could never have done that without the hottest metal label on the planet: NUCLEAR BLAST! They gave us home and their backing is huge. But not only everybody at Nuclear Blast are doing such a great job: We have a Management, a crew, and superb professionals around us who gave us confidence and strength and we are trying to show our appreciation by being the best ACCEPT we can. We give you everything, every night! Greetings for Germany, where we play packed houses… See ya on tour – wherever you are!”Grandiose riffs, magnificently chanted choruses, classically inspired solos, haunting refrains and rasped vocals are the legendary ACCEPT traits captured once again by producer Andy Sneap (EXODUS, ARCH ENEMY, MEGADETH, HELL) and brought to extreme front-and-center on Stalingrad. With both eyes closed, one can instantaneously and indisputably smell the formidable mix of leather, sweat, and euphoria. This is what classic heavy metal feels & sounds like in 2012!Listen to the title track off the new ACCEPT album on the band’s YouTube channel. The track listing for Stalingrad is:01 – Hung