ACCEPT Announce Documentary Plans And Ask Fans To Participate In Its Making. 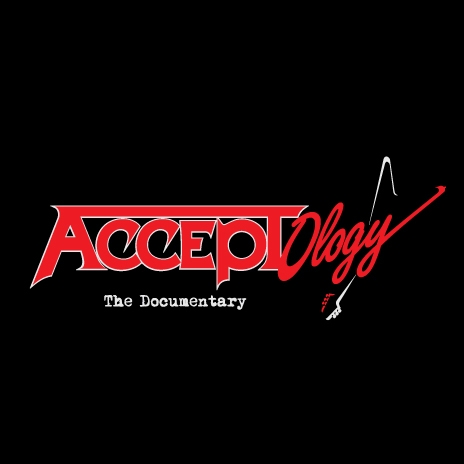 This year, German metal legends ACCEPT are headlining European festivals, preparing a new album as well as working on their first live DVD and CD featuring  WOLF HOFFMANN, PETER BALTES, MARK TORNILLO, HERMAN FRANK & STEFAN SCHWARZMANN. The Teutonic Metal band has touched the lives of so many fans and musicians alike along the way in their 30+ year career. Having inspired legions of fans with songs like FAST AS A SHARK and METAL HEART; ACCEPT helped create the Speed Metal genre. This time, however, it is the band that is inspired by the fans. With the making of new music on the horizon and their busy schedule, the band is eager to share even more of themselves with their loyal following by announcing the making of the first official ACCEPT documentary. From their humble beginnings as a garage band in their German home town of Solingen in the late ‘70s, their ‘80s BALLS TO THE WALL ‘glory days,’  and all the way up their most successful re-incarnation with power house vocalist MARK TORNILLO. This is a very proud and important moment for the ‘German Heavy Metal Band’.

ACCEPT invites everybody who has ever crossed paths with the band to head over to their official Facebook page (www.facebook.com/accepttheband): To submit pictures, letters, recordings, videos, films, memorabilia, stories, simply anything and everything ACCEPT. We invite producers, music industry professionals, promoters, writers, photographers, families, friends, and other musicians whether you’ve stayed connected with or only passed through the doors to participate –  including a special invitation to (our former frontman) Udo and all the musicians who have been performing ACCEPT songs for more than 30 years.

If you were deeply touched by whatever ACCEPT was and is, you are  invited  to contribute to the archives which will be used for the long awaited and forthcoming ACCEPT documentary. Many have had their lives influenced and changed and enriched by ACCEPT including Lasse in Sweden for instance, who owns the largest ACCEPT memorabilia collection on the planet. “These are our heroes and we owe them the recognition and a place in ACCEPT’s documented history,” says guitarist Wolf Hoffmann.

Helming the project, will be  STEFAN KAUFMANN. Under his command (as an expert of ACCEPT’s history) and along side the band, he will whip the project into shape in order to capture the legacy for all. PETER BALTES adds, “This is not the story of one musician or their ‘personal success’; it is ultimately about a band from Germany who defined and inspired more than one music genre.”

Fans can submit their material via the ACCEPT Facebook page www.facebook.com/accepttheband including posting on the ACCEPT Facebook wall all or by sending a Facebook Message or by emailing the band at: acceptology@gmail.com. Remember ACCEPT is looking for: Live photos, stories of meeting the band, fan gatherings, tattoos, ticket stubs, ads (print/audio/video), artwork, collectibles, various merchandise, t-shirts, denim jackets, magazine covers, magazine articles and so much more.