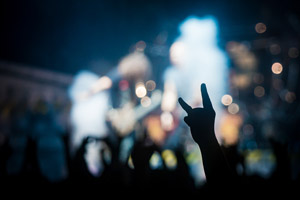 ACCEPT’s new record is entitled “The Rise Of Chaos” and will be unleashed on August 4th, 2017.   The 4th studio release through Nuclear Blast will continue the tradition of its three predecessors – “Blood Of The Nations”, “Stalingrad”, and “Blind Rage” – with grandeur and precision.

And if this wasn’t enough, we will celebrate the album’s live premiere exclusively on August 3rd, on the day before its release, as a part of a special show at Wacken Open Air, Germany.

The set will consist of three parts:

This unique concert experience will take place on this year’s “Night To Remember” which makes it even more special. The “Night To Remember” is a celebrated, long-lasting Wacken tradition; for one night of the festival a selection of established bands will do something unique and special with their performance.

More infos about the legendary  Wacken Festival: www.wacken.com  A few tickets are left,  go to
https://www.metaltix.com/wacken-tickets-4969.html#tour466