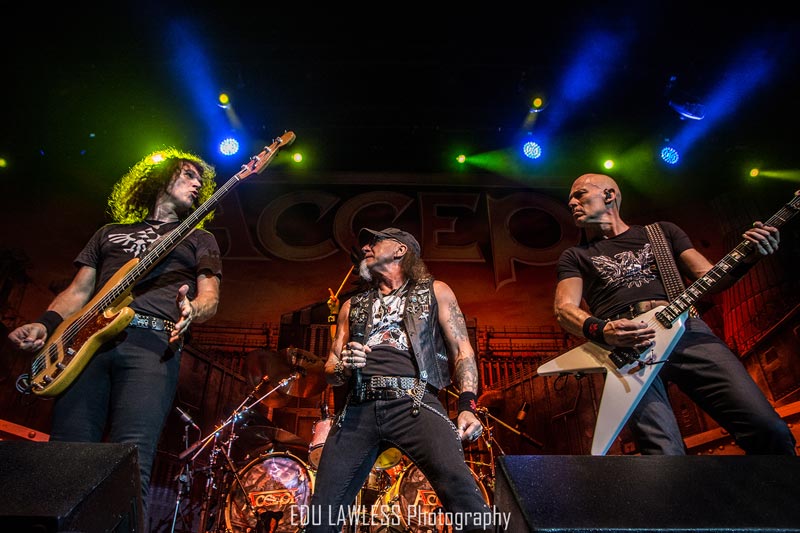 It’s hard not to pay attention to guitarist Wolf Hoffmann given his height and of course a lot of stage presence, as well as Peter Baltes (bass) and Uwe Lulis (guitar), with the choreographed rehearsals and the usual vibe.   However, it should be noted how Mike Tornillo is singing well and his voice did not fail in any moment. Following are two classics: “Restless and Wild” and the excellent “London Leatherboys” from “Balls to the Wall” (1983). They have returned to the most recent stage with “Final Journey,” on the penultimate album “Blind Rage” (2014), and one thing is clear: new songs sound great live. In some cases, like the latter, much better than in the studio. In fact, the absurd performance of the drummer Christopher Williams even enhances them, because he plays loose, very accurately, makes his firls, down to the gong (remembering the late John Bonham), but he always seems to be enjoying himself. By the way, not just him. All of Accept’s musicians demonstrate passionate play and they do their best on stage, which, in addition to a beautiful backdrop, featured a gigantic backdrop of “The Rise of Chaos” art in the background.  Read More