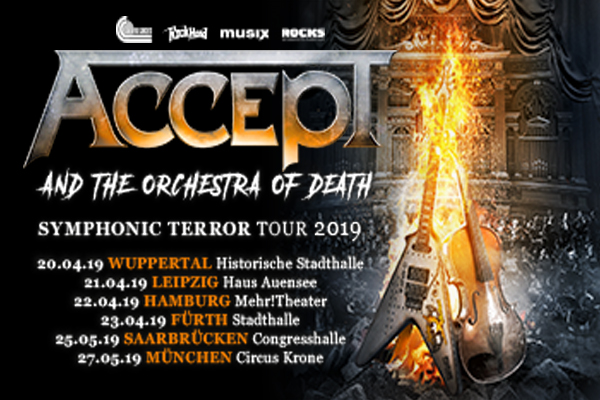 On November 23rd, ACCEPT will release their newest masterpiece, “Symphonic Terror – Live at Wacken 2017“, via Nuclear Blast.  There’s not much time left before the sights and sounds from that impressive day of Metal with ACCEPT and the symphony will be available everywhere on DVD.

“We’re very proud that we filmed this special concert at Wacken. We’ll keep it as a treasured memory forever“ says guitarist and mastermind Wolf Hoffmann.

BREAKING NEWS: ACCEPT will start its “Symphonic Terror“ tour through Europe. Combining the best of ACCEPT accompanied by The Orchestra Of Death will create a stunning visual and musical experience for audiences. Today, November 5th, the band announced the first 6 dates with presale beginning on November 6th for these much anticipated shows.

See ACCEPT live with The Orchestra Of Death performing their legendary songs across Europe.

Wolf Hoffmann is full of anticipation: “People who weren’t able to attend the Wacken show and have never seen ACCEPT like this before will be able to now. It will be worth it! At Wacken, there were songs we wished we had included with the orchestra. But now, we can and there definitely will be BOTH optical and musical surprises on this tour, which you won’t expect from ACCEPT. 2019 will be an exciting year.“

You can be there!  The presale starts on November 6th exclusively on Eventim 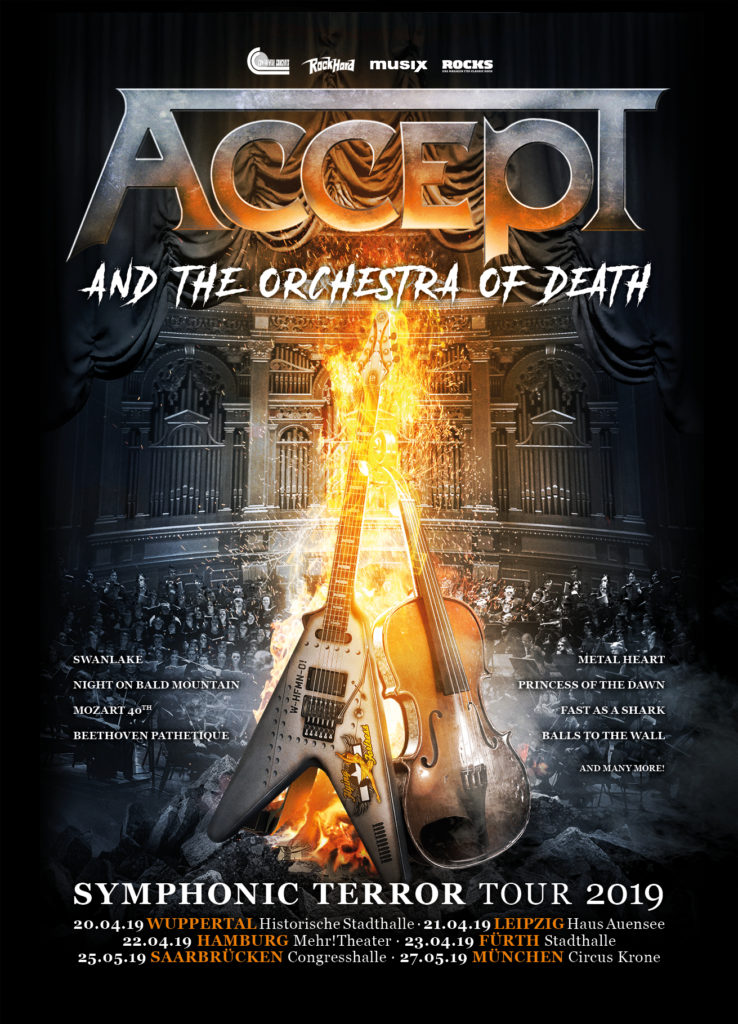